ABOUT THE TOLOWA DEE-NI’ NATION 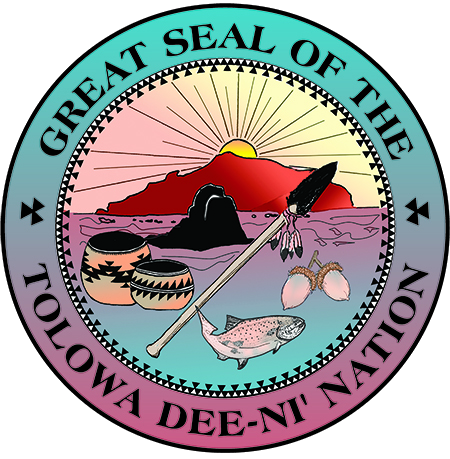 Lucky 7 Casino and Hotel are enterprises of the Tolowa Dee-ni’ Nation, located on the majestic, redwood-studded coastline of the scenic Pacific Ocean in Northern California near Brookings, Oregon. Established in 1906 on 160 acres, the Tolowa Dee-ni’ Nation had once been the largest Native American landholder in the State of California, covering thousands of acres. “Termination,” a government effort to assimilate or completely eradicate the Native American population, led to the loss of all but a few acres of land, leaving only a tiny offshore island, a cemetery and a church. Since then, and through much effort, the Tolowa Dee-ni’ Nation has regained over 500 acres of land in tribal ownership.

Lucky 7 Casino and Hotel opened its doors as a double-wide trailer in 1996, offering 60 slot machines.  Later, a fuel mart and mini-market were added.  Over the following years, the Casino has undergone a complete renovation, doubling the gaming area to include 320 games, and adding a poker room as well as a spacious non-smoking area.  Recent additions include the Tolowa Event Center and the beautiful new hotel, Howonquet Lodge.

Through the leadership of the Tolowa Dee-ni’ Nation Tribal Council, Lucky 7 Casino is working with the local area to build a sustainable economy to benefit our tribal members and the local community. Our goal is to provide a positive diversion and assist our guests in enjoying themselves with an all-encompassing escape that is so much more than they had expected.

With the Pacific Ocean to the west, the majestic ancient redwoods to the east, and rivers filled with salmon, the home of the Tolowa Tribe is truly one of the most beautiful places on earth. The citizens of are a nation of Dee-ni’, or people, known as the Tolowa Dee-ni’. Originally speaking an Athabaskan language, the Tolowa lived off the bounty of the land and sea, fishing for smelt and hunting sea mammals from redwood canoes in summer, and moving inland to temporary camps to fish for salmon and gather acorns in autumn. They displayed prestige with wealth including obsidian knives, headdresses of red-headed woodpecker scalps and dentalium shell bead necklaces.

Important religious ceremonies of the Tolowa centered on the act of Genesis, or Creation, and were connected with honoring each season’s bounty. They gave offerings for each animal, fruit and herb they took. Both men and women served as shamans and cured the sick through various dances, spiritual trances, and magical concoctions. Burials involved wrapping the deceased in tule mats and surrounding them with shell beads and other important objects.The Tolowa thrived, with a population that exceeded 10,000 until the 1850s, when the California Gold Rush reached the area.

The Tolowa population was soon decimated by massacres and disease. Eventually, as a part of a United States government effort, the remaining Tolowa were relocated to small reservations. As a result, the Tolowa lost most of their ancestral territory, and their culture and language almost disappeared. The Tolowa people then numbered less than 350.

From the ashes of a decimated tribe, the Tolowa Dee-ni’ population today has risen to over 1,500. The efforts of tribal members have preserved the Tolowa language, religion, traditions, arts, and the very heart of their culture. Once again living on a fragment of their ancestral lands, the Tolowa are making vital economic, political, and cultural contributions to the region while working actively to continue ancient traditions and practices. Their history and spirit is honored through the many tribal traditions that are once again practiced today. 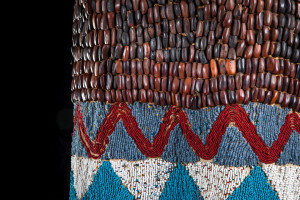