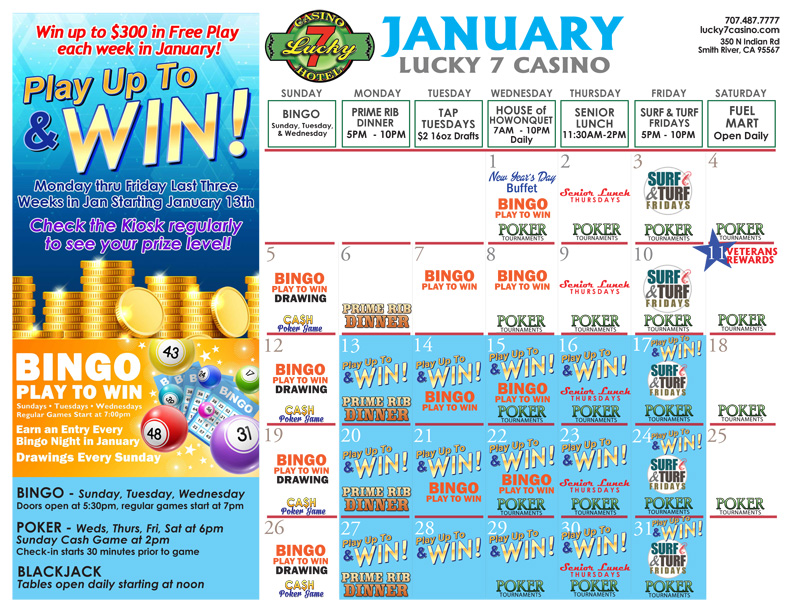 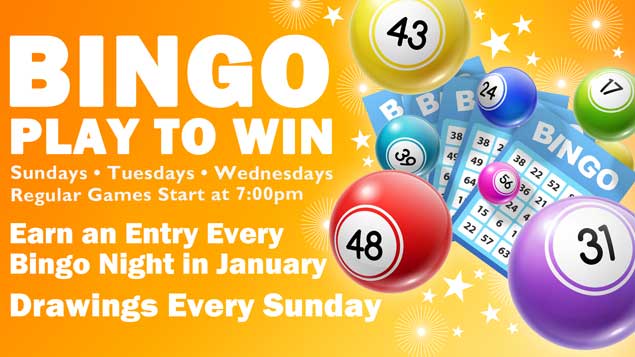 Play Bingo in January to earn entries for the drawings!

Every Drawings every Sunday!  Must be present to win.

See more about our Bingo 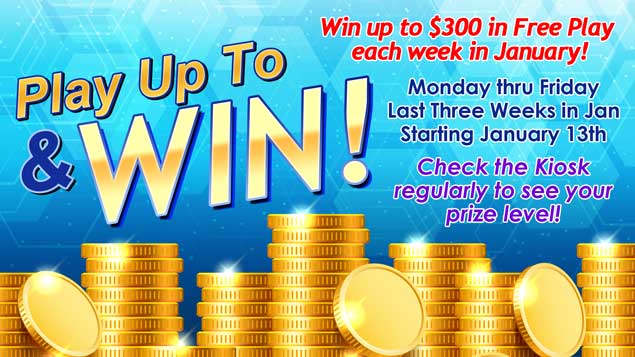 Cash out your points level for Free Play any day! Start again the following Monday! Cash out once a week only.

Earn Free Play with each points level – up to $300 each week! 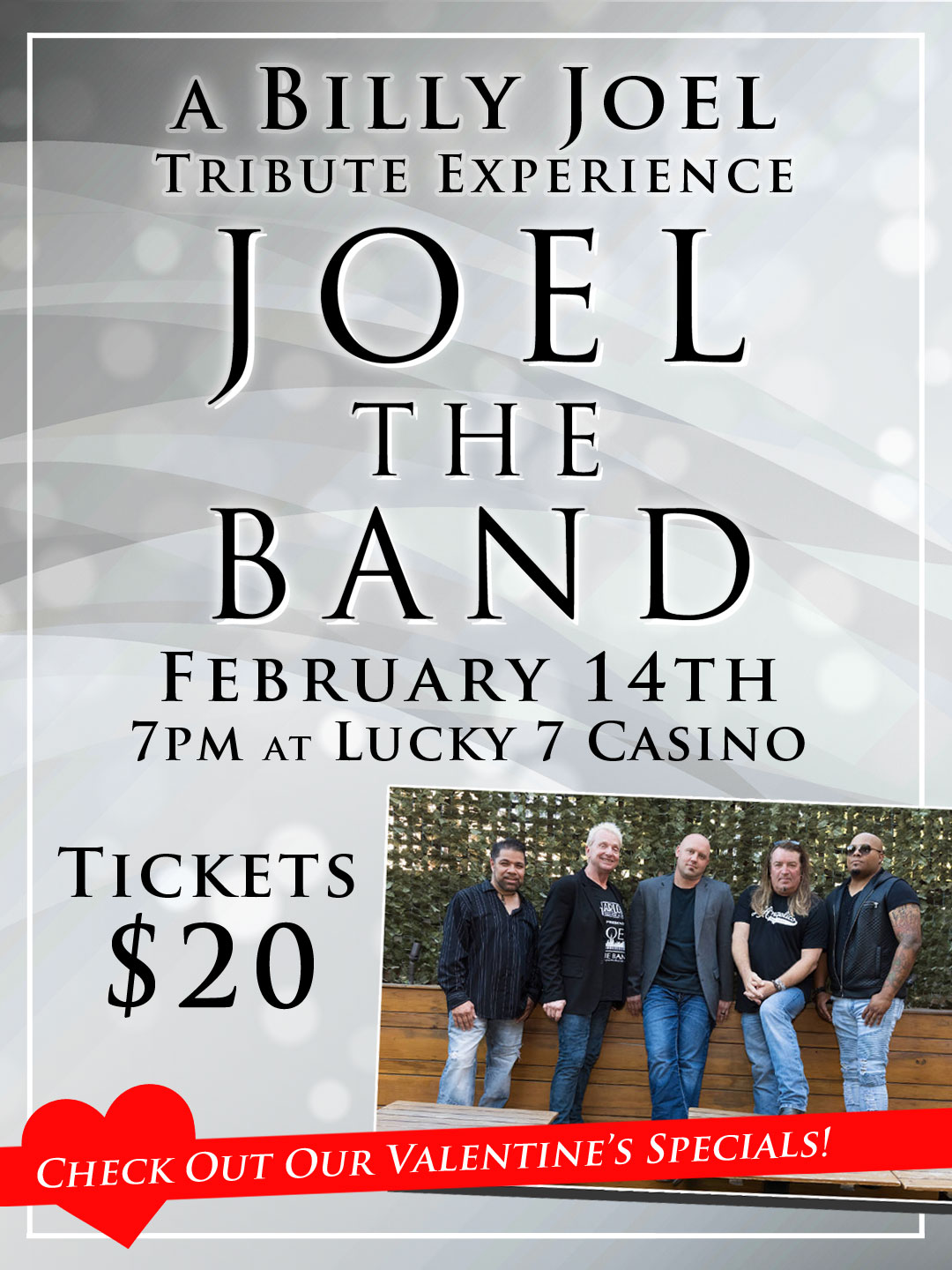 Come join us on Valentine’s evening for a great experience with the music of Billy Joel by the Premier tribute band JOEL: The Band.

Or at the Cashiers Box.

Purchase tickets as part of a Valentine’s Package! See Below.

JOEL is the premier Billy Joel Cover Band on the West Coast and is considered America’s Favorite Billy Joel Tribute Band. Fresh off the national tour of the Tony award-winning, smash-hit rock musical, “Movin’ Out,” Piano Man, Kyle Martin and a group of professional musicians are creating buzz around the country. Kyle auditioned and beat out over 30.000 men for the lead role of “The Piano Man” and was chosen by Billy Joel himself and Tony award-winner Stuart Malina. JOEL is the most authentic and highest energy Billy Joel Tribute Band!

Alongside Kyle, JOEL is made up of some of California’s best musicians, who have garnered 3 Grammy®️-nominations, 3 NCEM®️Awards, including Rock Vocalist of the Year, alumni of Northrup, Montrose, Prince, Stevie Wonder and Tower of Power. JOEL is now the official Billy Joel band for Disney Parks. 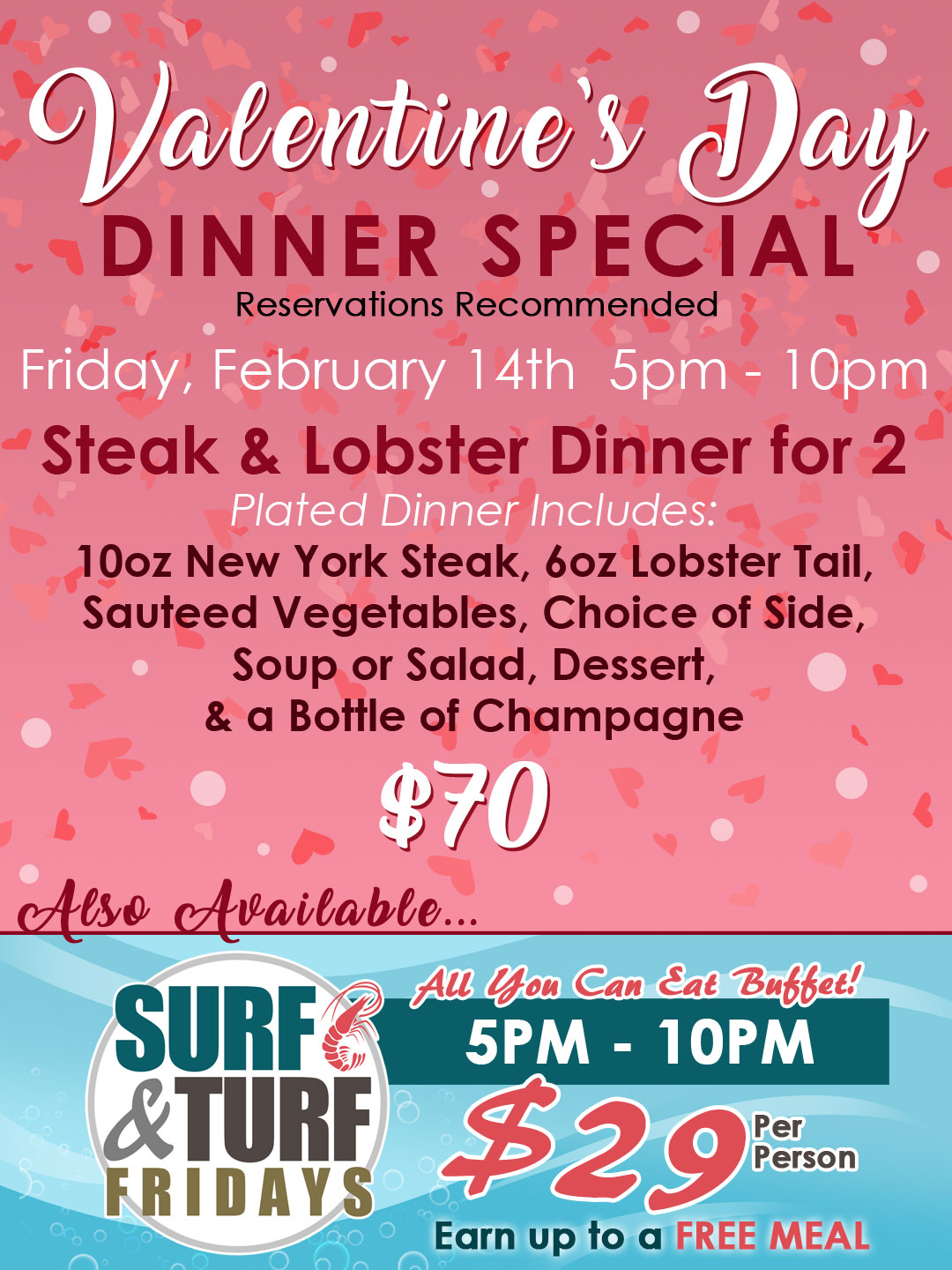 Steak & Lobster Dinner for TWO for $70

A Served Dinner for Two that Includes:

Reservations Recommended – will seat on a First Available Basis ~ your reservation goes to the next available table for faster service.

Valentine’s Dinner is also a part of our Valentine’s Weekend and packages. Enjoy a concert that night with the premier Billy Joel tribute band: JOEL The Band. 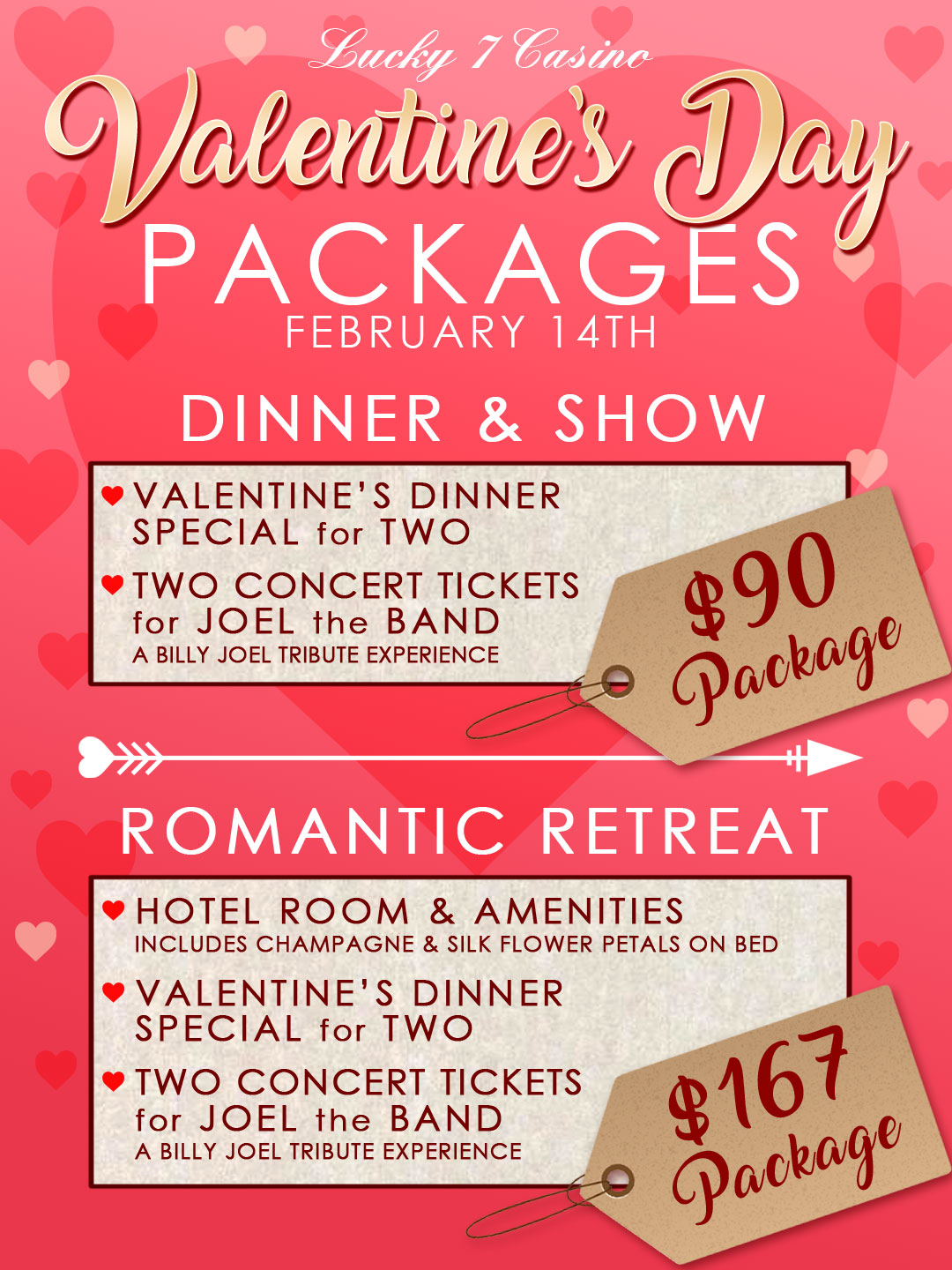 Includes: All of Package 1

A Gift Certificate Envelope with your Valentine’s Package Tickets will be held at the Cashier, or mailed to you. 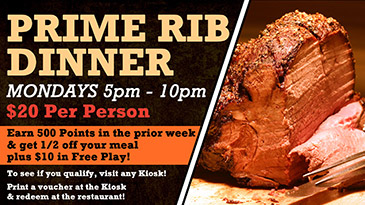 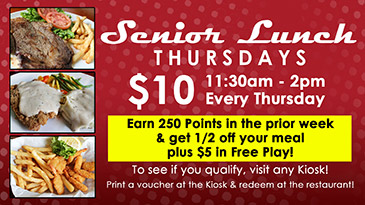 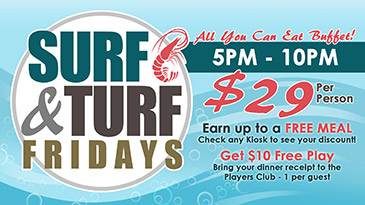